Over 110,000 Boat Inspections in Montana This Season

It has been a busy summer and it is good to see things slowing down as we move into the fall. Many watercraft inspection stations are now closed. Other stations on high risk corridors will remain open through October. Crews are still surveying for AIS, but they will be wrapping up as water temperatures cool. To date, no evidence of invasive mussels has been detected this season. Great news. But small populations can be easy to miss and it is important to remain vigilant. Read the AIS Newsletter.

FWP coordinated with the Flathead Lake Biological Station to conduct a detailed survey on Tiber Reservoir utilizing environmental DNA and microscopy analysis. No evidence of invasive mussels was detected.

US Fish and Wildlife Service divers surveyed Tiber Reservoir in August. No evidence of invasive mussels was detected.

New Zealand mudsnails (NZMS) were detected at a private hatchery facility near Hamilton. The facility was quarantined and eradiation will soon be initiated. Survey efforts in the area are ongoing. NZMS are found in a number of locations east of the Continental Divide, but this is the first detection west of the Divide in Montana. Read more here. 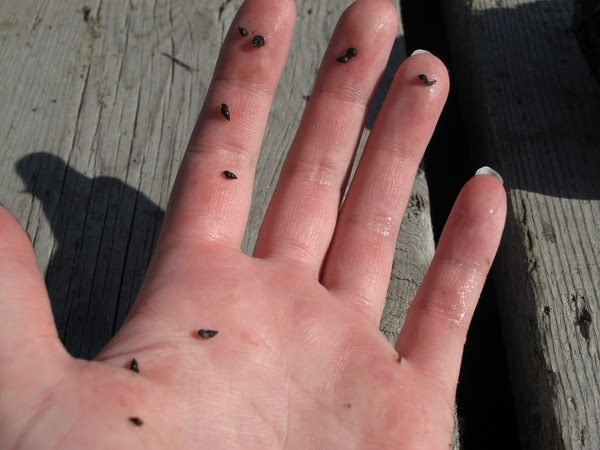