FREEPORT, Bahamas –Load up the toys, the snow and the jolly bearded man with the big sleigh – Bass Pro Shops founder and noted conservationist Johnny Morris is hosting Christmas in the Bahamas for thousands of children and families in Freeport. The four-day event comes months after Hurricane Dorian devastated the Bahamas in late August, destroying 90 percent of the buildings in the most affected areas and leaving more than 70,000 people in need of food and water.

Originally, Morris developed Anglers for the Bahamas with Convoy of Hope, a worldwide leader in disaster relief that has been providing critical relief in the form of water, food, and shelter. In hosting Santa’s Wonderland on the island, Morris now aims to deliver a different but equally comforting form of relief: Christmas cheer.

“It’s hard to imagine everything the wonderful people of the Bahamas have been through in the wake of the hurricane. In hosting this event, we simply want to put big smiles on the faces of Bahamian children and create some magical Christmas memories they will never forget,” said Johnny Morris. “Even as vital relief efforts continue, it’s just as important that we open our hearts to spread some joy and happiness to these children.”

A Tribute to a Friend

Supporting the Bahamas is personal for Morris, who has a deep connection to the popular fishing destination and the wonderful people who call it home. Johnny and a local Bahamian fisherman, the late “Bonefish Willie” James Duncombe, who dedicated his life to the children of the Bahamas, became very close friends. Duncombe, who was also a minister, married Johnny and his wife and they named their son after him. This event is a tribute to Duncombe and his kind heart.

Following the successful campaign for disaster relief where over 1 million anglers have already raised in excess of $4 million, Johnny wanted to do more to provide happiness for the children during the Christmas season. The initiative to spread cheer has raised an additional $1 million of additional support to spread good cheer to the kids and people of the Bahamas.

To help create the Christmas magic, Johnny and folks from Bass Pro turned to many of their partners to navigate the vast logistical considerations necessary to execute an event of this scale on the island nation. FedEx supplied cargo planes to help transport the supplies directly from The North Pole to the Bahamas. Coca-Cola is providing thousands of free beverages for the event. Additionally, Kid Casters is donating nearly $200,000 worth of rod and reel combos as Christmas presents with an additional 17,000 new toys from Todd and Johanna Schuring, owners of Tree House Kids.

Taking place in Freeport on Grand Bahama from Dec. 16 – 19, the free holiday festival is expected to host 20,000 Bahamian children and families throughout the four-day event, with Bahamian Prime Minister Hubert Minnis planning to attend.

Ferris wheels, real snow and sky-diving elves: bringing the magic of the North Pole to the children of the Bahamas 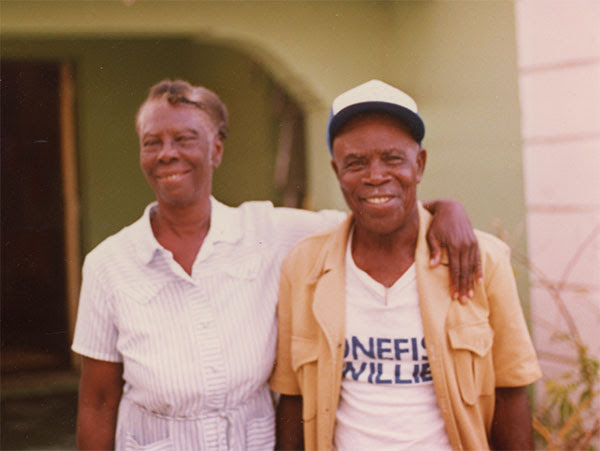 There has never been a holiday experience of this magnitude on the islands before. The event begins as Bahamians step out of their tropical climate and into a winter wonderland complete with amusement rides, real snow and of course, an opportunity to visit with Santa Claus himself.

Inside, Bass Pro Shops is recreating its beloved Santa’s Wonderland event which transforms its destination stores into festive Christmas villages with free photos with Santa and holiday magic for the entire family. But a trip to the North Pole is just one part of the massive winter wonderland that also includes:

And because Christmas is a time of giving, every guest will leave with presents, including toys for children and much-needed groceries for adults.

Santa’s Wonderland has become a beloved holiday tradition at Bass Pro Shops. Since its inception 11 years ago, Bass Pro Shops and Cabela’s has provided more than 10 million free photos with Santa to families and created countless memories for children of all ages.

Morris, Bass Pro Shops and Cabela’s have united 1 million anglers to raise in excess of $4 million to date for ongoing relief efforts through Anglers for the Bahamas campaign 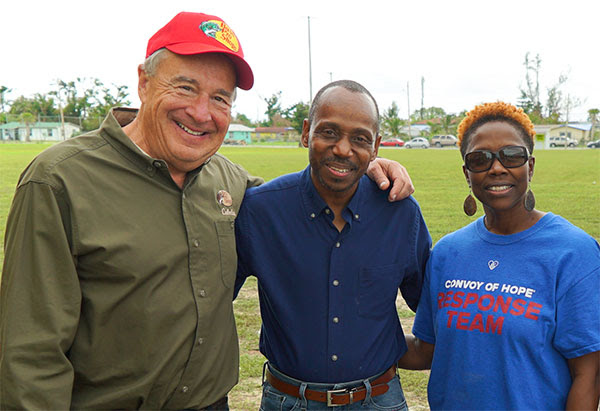 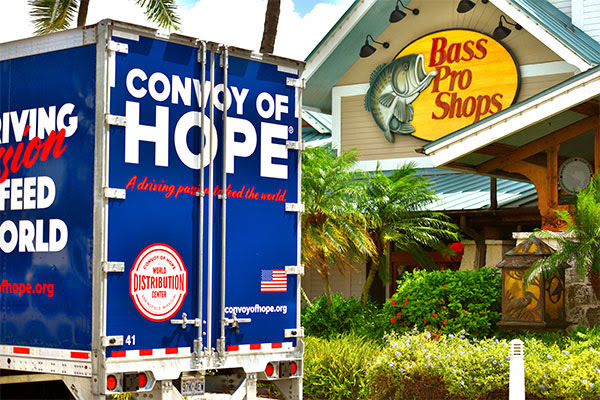 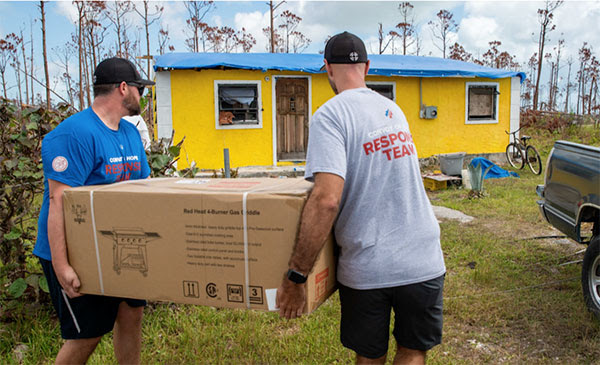 Convoy of Hope team members deliver donated products to the people of the Bahamas.

Heartbroken by the devastation in the islands, which hold a special place in the hearts of all anglers, Morris launched Anglers for the Bahamas on September 12 to unite the fishing community for support alongside Florida Governor Ron DeSantis, prominent anglers and conservationists, and industry partners in Fort Lauderdale, Florida.

The campaign was seeded by an initial $1 million in support from Bass Pro Shops and Cabela’s, and an additional $1 million personal pledge from Johnny Morris.

More than one million anglers across North America have donated to the relief efforts through a register round- up program at Bass Pro Shops and Cabela’s store locations, along with dozens of corporate partners.

Support came from partners like Mastercard as well as Jack Links Beef Jerky and Tyson Foods, which contributed more than 125,000 servings of protein-rich foods.

Proceeds support the people of the Bahamas through Convoy of Hope, a highly regarded not-for-profit charity based in Bass Pro’s hometown of Springfield, Missouri. The international relief organization has built a reputation over the past 25 years of efficiently and effectively assisting communities impacted by natural disasters, crises and areas of extreme need around the world.

“While Hurricane Dorian is no longer in the headlines, there is still a significant need for relief throughout the Bahamas. Thanks to the overwhelming support of Bass Pro Shops and Cabela’s and everyone who contributed to the Anglers for the Bahamas campaign, we are providing long-term recovery support to the people of the Bahamas,” said Jeff Nene, national spokesperson for Convoy of Hope. “After a devastating year, the Bahamian children will have a Christmas to remember.”

IT’S NOT TOO LATE TO SUPPORT RELIEF.