Cautions for Fishing and Hiking in Moose Country

SALT LAKE CITY — You are in the middle of a fishing trip to your favorite high country lake or a remote stream. You come around a corner and notice a large moose in the middle of the trail. What should you do? Here are a few things to know about moose in Utah and how to avoid conflicts with them: 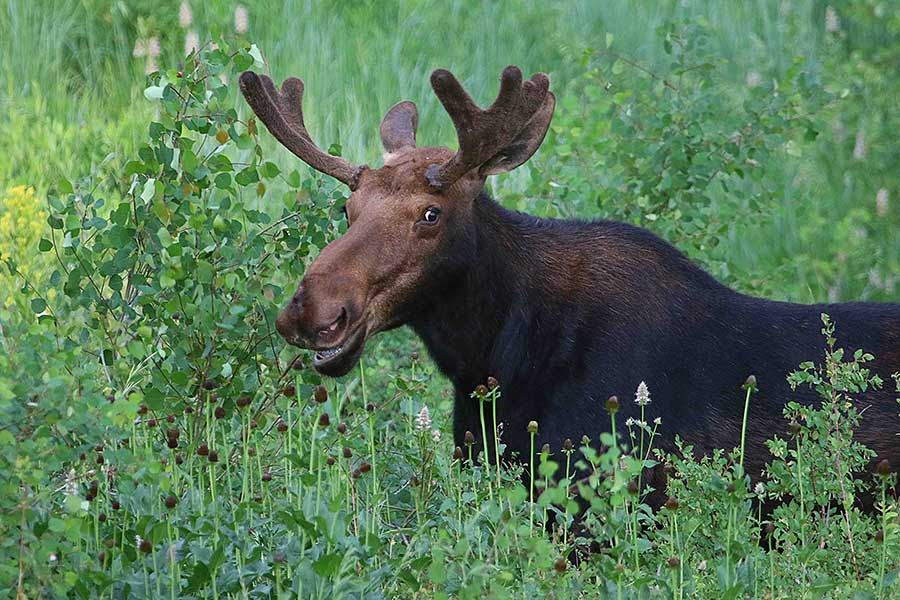 Utah is home to between 2,500 and 3,000 moose. The largest animals in the deer family, moose can be found along the Wasatch Front and in northern and northeastern Utah, typically in forested areas. Moose generally eat aquatic vegetation during spring and summer, and then switch to a diet of bark and twigs in the winter.

Adult moose can weigh between 800 to 1,200 pounds, and bulls can stand 6 feet tall at the shoulder. Due to their large size, moose can be dangerous when they feel threatened. In some areas of the U.S., wildlife agencies report that more people are injured by moose than bears each year.

"In my years of working with wildlife, I have dealt with bears, rattlesnakes, cougars and moose, and the only species that I've had turn and come back at me was a moose," Utah Division of Wildlife Resources Big Game Coordinator Covy Jones said. "People often underestimate how aggressive they can be."

Some physical warning signs that a moose may become aggressive include:

Safety tips to prevent conflicts with a moose

If you encounter a moose, here are some tips to help you stay safe:

"Like with most wildlife, if you give moose plenty of space and don't try to get too close, it will help keep you and them safe," Jones said. "Our biologists have responded to a lot of calls about moose in urban areas so far this summer, and we really want people to admire these amazing animals from a distance and stay safe."