See What You're Looking at With Aqua-Vu Underwater Cameras 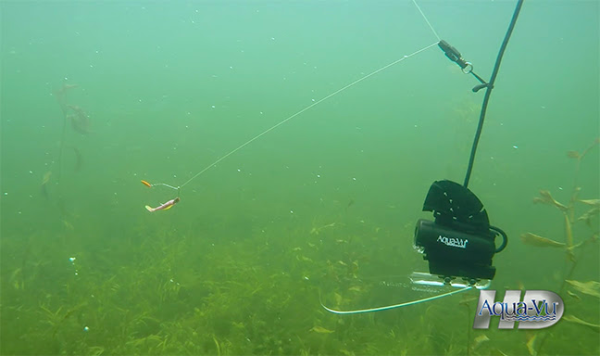 Crosslake, MN – For most anglers, watching the fish is something that happens only in the mind’s eye. You picture what your lure looks like, and how it moves underwater. You visualize what the weedbed or brushpile looks like and you wonder what types of fish might be inhabiting it. You imagine what it looks like when a bass first sees your lure and moves in for the strike.

But unless you’re scuba diving or looking through the lens of an underwater camera, you don’t really know what’s happening below the surface.

For anglers truly interested in learning about fish behavior from an underwater perspective, an Aqua-Vu camera provides rare and incredible opportunities to observe, marvel and ultimately, catch more fish. No matter if you’re an ice angler, lure troller or a shallow water bass angler, an underwater camera can revolutionize your subsurface understanding. 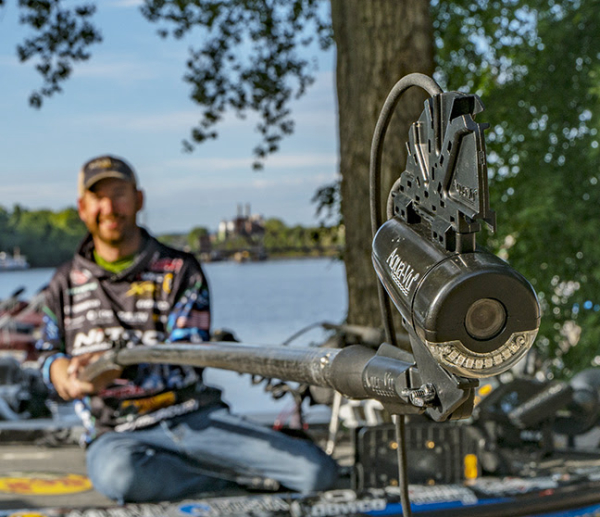 Bass and crappie anglers have joined the ranks of underwater scholars, probing into and examining hard-to-reach areas beneath boat docks, inside brushpiles and under matted vegetation with a camera. Reaching out to inaccessible areas with his Aqua-Vu HD10i camera connected to a telescopic push pole, Major League Fishing pro Ott DeFoe likes to peek below boat docks. A special XD Pole Cam Adaptor makes connecting to any telescopic pole an easy five-second process.

“The pole-cam set up lets me look for big bass living in remote locations and under hard-to-reach shallow cover, like docks, without spooking them,” notes DeFoe, a longtime advocate of underwater study.

“The Aqua-Vu also allows me to find concentrations of bass during pre-tournament scouting, without having to catch them before competition begins. That’s a huge asset in a tournament, and it works in clear as well as stained water, when all you need to see is the presence of fish a few feet from the lens.” 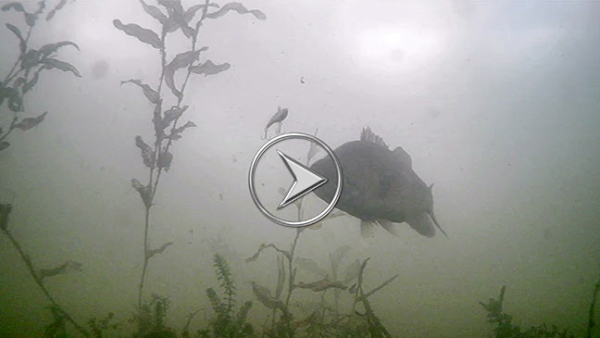 Mike Hehner, photographer, angler and producer for Minnesota based Lindner Media Productions has been a longtime fan of real-time underwater viewing with an Aqua-Vu camera. “I’ve spent the last few ice fishing seasons watching how bass and other fish behave in their natural habitat,” says Hehner. “What you learn is that every individual fish exhibits unique behavioral responses to lures or livebait.

“While ice fishing, I like to train the lens of my micro Revolution 5.0 Pro camera on a live minnow. Hit the record button and just start capturing footage. I can watch the video on the screen, live, or view it on my computer later on.

“Most people would be amazed to see what’s really happening down there—even during those periods when you’re not getting strikes. I’ve seen huge schools of bass move past the bait without even stopping to sniff. Other fish stalk and examine the minnow for many minutes at a time. Some bass lightly mouth the bait or nudge it, as if to taste or test it for palatability. Other times, they’ll nip the splitshot but totally ignore the minnow. I’ve also seen days when bass absolutely crush an artificial rattlebait over and over but completely ignore the livebait.

A great way to add spice to the otherwise mundane task of trolling lures around the lake, sight trolling allows anglers to watch fish react in real time, right on the Aqua-Vu display. “The XD Live-Strike system connects the camera to your fishing line, letting you watch fish react to and bite lures, live,” says Dr. Jason Halfen, owner of the Technological Angler.

“What makes sight trolling with an Aqua-Vu such an amazing experience is the ability to see fish strike right on the screen, as it happens. With other Go-Pro type cameras, you don’t get to see what unfolds on the water until you’re done fishing.”

Halfen and other anglers who’ve tried sight-trolling have seen some remarkable fish behaviors unfold on the screen. “You can’t believe how many fish—trout, salmon or walleyes—might be following your lure at once,” he observes. “Or the fact that a single muskie might follow your lure for 5 minutes or more before biting. You learn that a rapid acceleration in lure speed or a sudden interruption in its forward momentum, perhaps by contacting structure with the lure, can prompt an immediate violent response from fish.”

“After watching the fish for the past few years,” adds Hehner, “I realize how many times underwater study has revealed fish in spots I wouldn’t have otherwise found them. It’s also helped me make key adjustments to my presentation—a different way to hook my bait, lure size or a new color—that resulted in more bites and more fish on the line.

“You never get bored watching the underwater show. You see something different, something new and exciting, every time you go out there and drop the Aqua-Vu. You learn and you absolutely catch more fish.”

The Original Underwater Viewing System, Aqua-Vu® is manufactured by Outdoors Insight, Inc., and has led the underwater camera category in design, innovation and quality since 1997. The Central Minnesota based company builds other popular outdoors products, such as the iBall Trailer Hitch Camera (iballhitchcam.com). For more information on Aqua-Vu, visit www.aquavu.com.