Finesse Your Way to Bassing Success

Elephants eat peanuts, one of my fishing guide buddies likes to say.

That was right on target for two major national tournaments in the last month, as both a B.A.S.S. Elite event and the Major League Fishing Redcrest championship were won by anglers relying heavily on tiny jigs that would appear better suited for crappies or bluegills than bass.

And while elephants also eat hay bales, a switch to finesse-sized lures and tackle can bring a change in luck for Alabama anglers, particularly in the dregs of summer when hot water and months of fishing pressure have slowed the bite to a trickle on many days.

At the St. Lawrence River B.A.S.S. event, winning angler Micah Frazier relied on Z-Man ShroomZ jig heads, tipped with little 2.5 inch YUM Ned Dinger tails that look like a leftover section of the head of a conventional plastic worm. While smallmouths in the clear waters of the St. Lawrence are a long way from largemouths in the murky waters of the South, the lures and tactics work here as well as there. 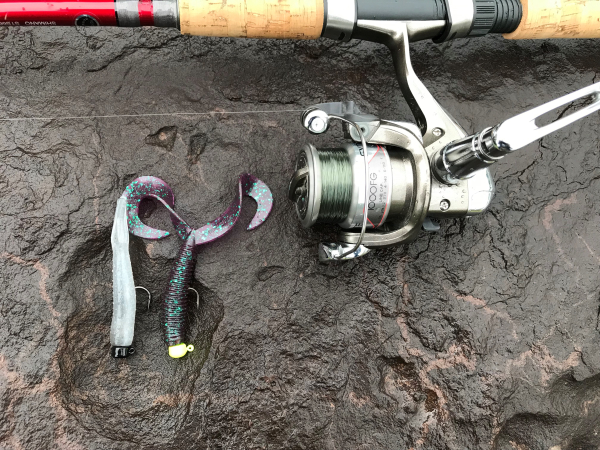 These jig heads come in a wide variety of sizes, but the ones that won at the St. Lawrence were not what most anglers would think of a "bass-sized". They weighed just 1/8 ounce, with hooks about size 4. Compare that to the typical jig used for largemouths, with a 1/2 ounce head and a size 5/0 hook, and you get a better understanding of the difference between finesse fishing and standard bass gear.

The ShroomZ heads are made to sit on bottom with the head down, the hook standing up vertically, particularly when rigged with the high-flotation ElaZtech soft plastics. (The whole system is based in part on the Ned rig, devised not by Ned Flanders of The Simpsons but by Ned Kehde of Missouri, who devised the set up, pushed into Z-Man production by Missouri angler Drew Reese.) The look and action is so different from most other bottom-hugging lures that it seems to have an almost magical appeal to bass.

The finesse package includes a whole suite of gear; it's not just about the lures, though they are key. The little lures might work on conventional bass tackle if you could cast them, but you can't--a 1/8 ounce lure simply won't throw on a baitcaster. In fact, it doesn't cast very well on a full-sized spinning rig with the typical 10 pound test mono many anglers use, either. 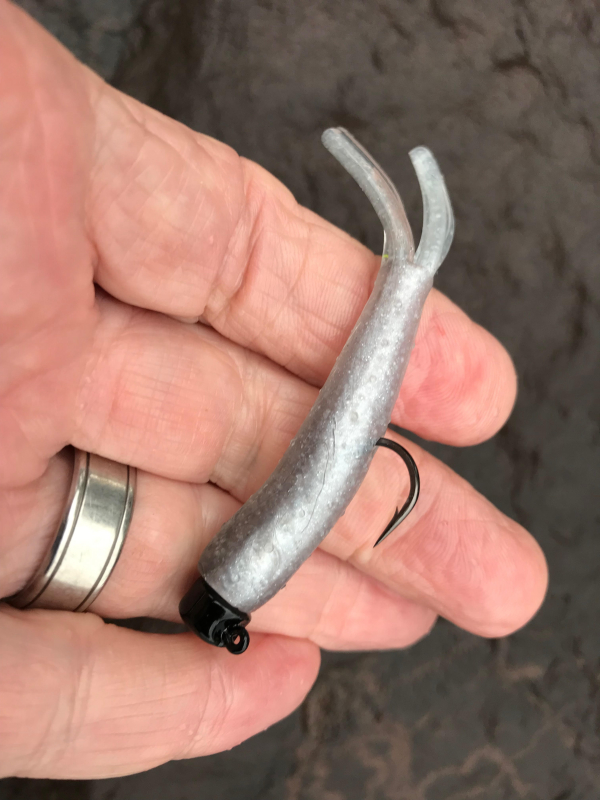 The set up that most pro anglers now use is a spinning reel with the spool filled with 10-pound-test braid, running to at least a rod’s length of 6- to 8-pound-test clear mono. This gives them the sensitivity of the braid, but the clear mono is nearly invisible to the fish and also lets the tiny lures work naturally.

The lure may imitate a hellgrammite or a crawfish, or perhaps a small baitfish feeding head down. Whatever it represents to bass, they consider it edible, often when they ignore everything else you throw at them. (Part of it may just be that it's so different from the hundreds of lures they've been seeing all summer--bass definitely get conditioned to avoid lures they've been stuck with.) It may just be the potato chip syndrome--while you may only be hungry enough for a steak at dinnertime, you're likely to eat a chip most anytime someone offers one. Ditto bass.

Bites tend to be light--just a tap on the line sometimes, or unexpected slack or tightening. Hard strikes are rare.

Setting the hook is a bit different with the finesse gear, too--the sharp over-the-head snap that many anglers use for conventional tackle will result in a lot of breakoffs but few hookups. Best way to set the small but very sharp hooks is simply to raise the rod until you feel tension and then start reeling. Most of the time, the hook sets itself. 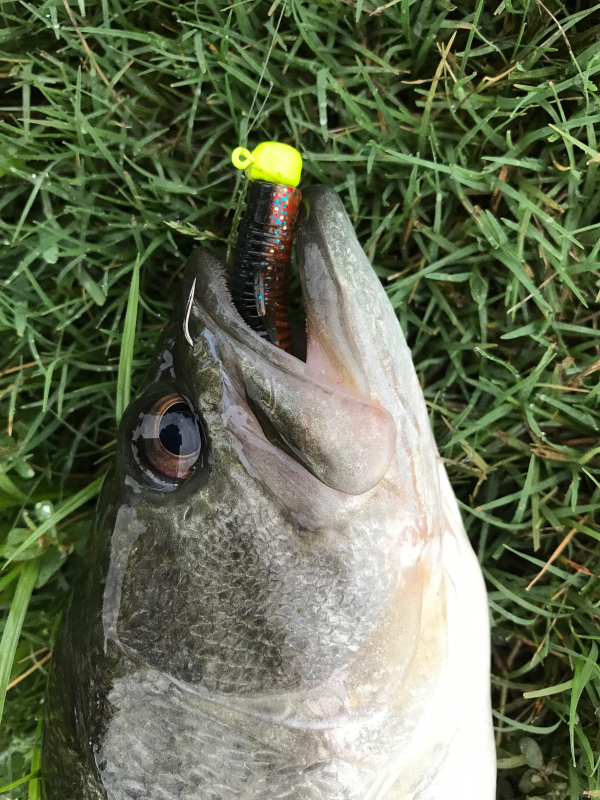 Anglers used to water-skiing their bass to the boat on heavier tackle may have to re-educate themselves a bit, too--with the ultra-light gear and 6-pound mono leader, even a 2 pounder can present an interesting challenge. But in the open water where the tactic works best, it's just a matter of keeping the pressure on and pumping and reeling--eventually the fish gives in. (Of course you can't jerk them into the boat on the light line, either, if they weigh over a pound or so--the lip lock is necessary.)

Finesse fishing is a particularly good tactic when you’re after lots of fish rather than a few giants—that’s why the guys in the MLF circuit like them so much. The made-for-TV competition is all about putting numbers of fish in the boat, not size. But finesse lures are also great for the weekend angler who’s got the kids or grandkids out for the day and wants to make sure they put something in the boat—the little lures will often outfish larger baits by a wide margin.