Fiddle Your Way to Fresh Bait

Fishing for food to avoid going to the store? Try fiddling up some live worms, suggests Arkansas GFC. 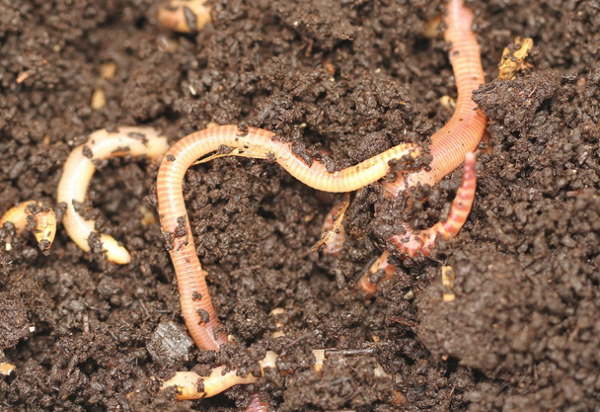 LITTLE ROCK – Going fishing doesn’t have to mean expensive equipment. It simply takes a hook, some fishing line and some sort of bait. You could dig around in the refrigerator for food-type baits, or make the bait-gathering duty an adventure in itself by gathering worms from the wild. Earthworms are excellent live bait for catfish, bream, bass and even an occasional crappie. And handling a nightcrawler or two will definitely prevent you from getting your hands near your face before washing them. One technique to stock up on some nightcrawlers is to break out a fiddle.

“Worm fiddling,” “worm charming,” and “worm grunting” all refer to an interesting practice some anglers have been using for centuries to get earthworms to come to the surface and show themselves. Simply take a stick that has notches cut along its length and push it into the ground. Then rub another stick along its length to create vibrations. Kids who got stuck with “sticks” in music class when all the cool instruments were already handed out will know exactly what sound this makes. The vibrations will bring the worms to the surface to dance, where you can be ready to pick them up and place them in your bait bucket.

OK, the worms aren’t dancing. They’re actually moving out of the ground to avoid predators. The famed geneticist Charles Darwin theorized, “If the ground is beaten or otherwise made to tremble, worms will believe that they are pursued by a mole and leave their burrows.”

A study conducted by Vanderbilt University biological sciences professor Ken Catania in 2008 confirmed Darwin’s theory. The study, held in northern Florida, where the practice of worm grunting was extremely popular, recorded the sounds of real moles digging versus worm grunters and compared their effects on the earthworms habit of springing from the ground when in danger.

Northern Florida has taken the grunting and fiddling practice to a new level. The town of Sopchoppy has even adopted the practice as its calling card, hosting the annual Worm Gruntin’ Festival where young earthworm harvesters compete to see who can coax the most earthworms from the ground with various techniques.

It doesn’t have to be two sticks making the vibrations, either. An old broom handle driven into the ground rubbed with a hand saw can produce the low vibrations needed. Two lengths of rebar also can be used to charm up some nightcrawlers for bait. Whatever you use, be sure to keep an eye on the ground for several feet around the fiddling tools and be ready to grab the worms before they can burrow back into the ground.

Naturally, you want to do this fiddling where worms are likely to be. Extremely hard ground or sandy soil is not likely to have worms. Try under trees or in areas where the ground is fertile with lots of deteriorating vegetation. Watering the lawn heavily ahead of time can help. Rake a spot so the ground is bare, then go to fiddling. It may take some effort to figure out your technique, but it will keep you stocked with bait throughout your fishing adventures.